What Role Does Corporate Culture Play in Succession Planning? 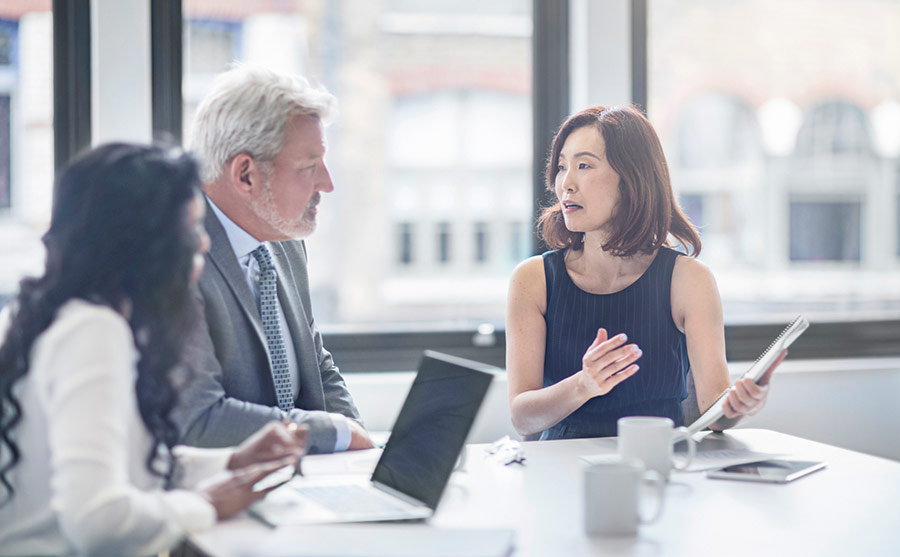 One of the most essential attributes of good leadership is the ability to establish and prioritize big picture goals and values.

It is leaders’ job to keep everyone on the same page about the company’s mission. They’re the ones who set the tone for which behaviors are encouraged and not tolerated throughout the company.

That’s why changing company culture is almost impossible without buy-in from a company’s top leadership.

But what happens to a strong company culture when those in charge of exemplifying and enforcing that culture leave the company?

If there’s no plan in place to transition to new leadership, the scramble to fill gaps can be hectic and expensive. And if new leaders don’t know or understand how to keep the company’s existing values in place, the entire company will be in for a bumpy transition.

Good succession plans are the solution. Succession plans should aim to protect the company from unwanted disruptions to its brand and operations during leadership transitions.

The Basic Components of Succession Planning

There’s a common misconception that succession planning is all about choosing which employees are in line to fill various roles.

In reality, although individual people must be carefully chosen for each role in the company, the best succession plans aren’t just about choosing new leaders in advance.

When there’s no identified leader to assume a vacancy, there are tremendous cash and productivity costs. To learn more, download The Cost of Corporate Leadership Gaps
Click Here

Succession plans are about taking the time to clearly articulate the jobs, roles and values that any given person is responsible for, then making sure that a variety of people and positions are familiar with those tasks and learning about those responsibilities — not just a single person. Using these tactics increases the odds that companies will have a “deep bench” of leaders to pull from, depending on the company’s needs.

Getting specific about job roles and the key competencies required for each one gives people a better understanding of how to succeed in any given role. It also makes it easier to keep institutional knowledge in the company throughout transitions and prepare others for the possibility of stepping into new positions at your company.

It’s not enough to just identify the skills needed for a certain role. Organizations must also give employees access to training that will help them acquire those essential skills. Training opportunities have the added benefit of boosting morale, retention, and recruiting efforts, because employees understand that the company is willing to invest in their careers.

The best succession plans may even create a visual map of how roles and responsibilities for any given position overlap throughout the entire organization. This helps a great deal with planning, and helps identify any gaps where employees aren’t getting skills that are essential to operations. A transparent succession structure also indicates to employees that it’s possible for top performers to continue to advance and accept new challenges at the company for the long term.

For more on these tactics and on succession planning in general, this SHRM article is a good place to start.

Getting Intentional About Culture Fit

As we mentioned, it’s the job of the CEO and other company leaders to cultivate company culture.

In fact, in many cases, a certain leader may have been put in place not to keep culture the same, but to be the catalyst that helps it improve and adapt to changing market conditions.

However, that doesn’t mean that dropping a leader with a drastically different background or working style into a leadership role is an effective shortcut for cultural change.

In general, all cultural changes take time. It’s unrealistic and usually very bad for morale to expect current employees to pivot to a very different style of leadership too quickly.

The leadership consulting firm Spencer Stuart relays the following example of cultural conflict from a company that was trying to change its culture with a drastically different leader:

“A growing software company with a highly collaborative culture brought on a new sales leader who thrived in more top-down cultures that valued power and authority. Despite having the right experience and capabilities — and a remit to spur fast growth — his new co-workers chafed at his style, finding him to be ‘bold,’ ‘aggressive’ and ‘sharp elbowed.’ In his first month, he presented aggressive targets and said whoever couldn’t hit them would be fired. This was such a violation of the company’s cultural norms that he was let go within the first six months.”

To avoid that kind of mismatch, new leaders need to acquire a deep understanding of existing company culture and then understand how that lines up with their personal leadership style.

That’s not to say that leaders need to do exactly the same things as the people who came before them, or even have the same leadership style as other successful leaders. They just need to go in with a clear understanding of which tactics will work right away and which they will have to adapt.

And that kind of knowledge requires support and training. Support for these new leaders increases the odds that the big investment your company made in that hire will pay off for the long term.

Of course, it’s impossible to train employees on culture if your company doesn’t already have a well-defined culture based on solid values. (For more on creating a values-driven culture at your company, check out the ELI founder’s column on the topic in Chief Executive.)

Leadership transitions get a lot more difficult when certain leaders’ identities get irrevocably intertwined with the company’s identity.

To prioritize the health of the company over the long term, business leaders should be especially aware of the need to keep the business identity separate from that of any one individual.

Brian Evje writes in Inc. magazine about the problems caused when companies get “addicted” to charismatic leadership. These companies become too dependent on the leader to manage decisions throughout the company. Their employees tend to wait for that leader’s input instead of taking initiative in the face of changing realities.

“Typically, organizations with big visions are led by people who display significant charisma in order to keep the vision moving forward. In many cases, the bigger the vision, the more the organization tilts towards the ‘visionary,’ thus increasing the risk of charismatic addiction and organizational dependency,” Evje writes.

This doesn’t just apply to the Facebooks and Teslas of the world. Smaller companies are especially vulnerable to this charismatic leadership style, Evje writes, because they have “no other center of gravity” outside of that leadership.

The best leaders understand that as compelling as their personal attributes may be, it’s the attributes of the company that really matter.

In the end, the attributes of the company must stand on their own, separate from the attributes of any one leader. Click To Tweet
If you want expert guidance in crafting an intentional company culture that can stand the test of time as leaders and landscapes change, please contact us at ELI. We specialize in helping companies and organizations of all sizes develop training programs that support long-term culture change. In particular, we help them create welcoming workplaces where bad behavior is not tolerated. Click here to learn more about our training solutions.

The Cost of Corporate Leadership Gaps

When there’s no identified leader to assume vacancies, there are tremendous cash and productivity costs. Subscribe to receive this extra resource.