Understanding the Bystander’s Role in Sexual Harassment at Work 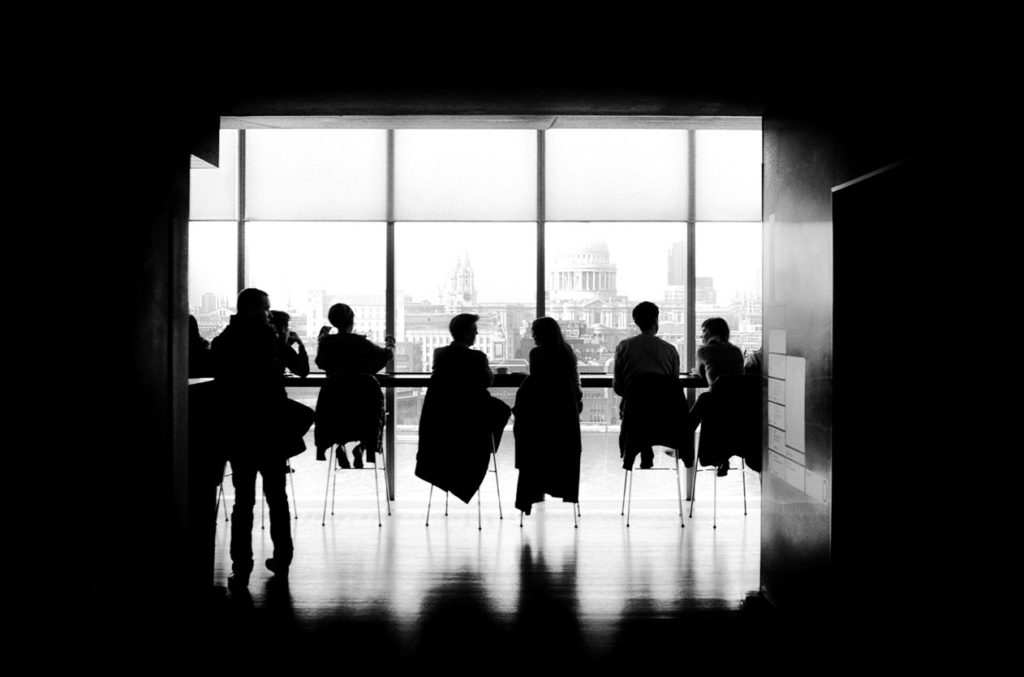 Whenever the bad behavior of someone in a power position becomes public, initial outrage is quickly followed by shock that they were able to get away with it. Finger-pointing about who else knew, and how much they knew, begins quickly.

We tend to judge non-intervening bystanders harshly. After all, we think to ourselves, there’s no way that WE would have tolerated that kind of behavior if we’d known about it. We would have confronted the perpetrator, or at least we would have reported it.

In reality, people who stay silent after witnessing sexual harassment at work have very reasonable fears for coming forward. That’s why time and time again, they choose not to get involved. Statistics have shown that over 50% of people who feel harassed deny or downplay the gravity of the situation and over 40% attempt to ignore, forget or endure the behavior.

Bystanders play a powerful role and can help put a stop to sexual harassment by acting or they can inadvertently allow harassing behavior to continue through inaction. Organizations that want to eradicate harassment need to educate employees about why — and how — to speak up.

The Psychology of Being a Bystander

First of all, people who witness inappropriate behavior are often compelled into bystander status — that is, passivity — by innate human tendencies. We’re hard-wired to take cues from the group around us. The more people we see acting a certain way, the more likely we are to conform to that behavior ourselves.

This leads to what psychologists refer to as “the bystander effect.” And although it’s getting more attention in light of recent high-profile sexual harassment cases, it comes into play outside the office, too. For example, after a car accident on a busy road, the bystander effect may cause drivers to simply go around the incident, assuming that someone else will call the authorities or help the people involved.

Universities are organizing to prevent the bystander effect on campus. To learn more, download: How College Campuses Are Empowering Bystanders to Combat Sexual Assault.
Click Here

A recent Marketplace story on the topic referenced this effect as the “diffusion of responsibility.” But there’s also another psychological factor at play that causes bystander passivity, as the story explains: “If I see nobody acting, I think maybe I’m misunderstanding what’s going on, and I sit on my hands.”

So, when it’s clear that an entire organization is ignoring harassing behavior, there are plenty of psychological factors at play discouraging individual employees from speaking up. That leads us to our next question: What has caused the whole group to tolerate the behavior to begin with?

The Influence of the Culture at Large

Each organization has a culture of its own, but of course that culture is influenced by the dynamics of its larger community. And in the United States, as in many other countries, longstanding social beliefs about what’s appropriate for each gender still have a lot of influence, regardless of what’s written in any well-meaning employee handbook.

This Psychology Today article effectively summarizes some of these societal factors, which affect us all subconsciously. 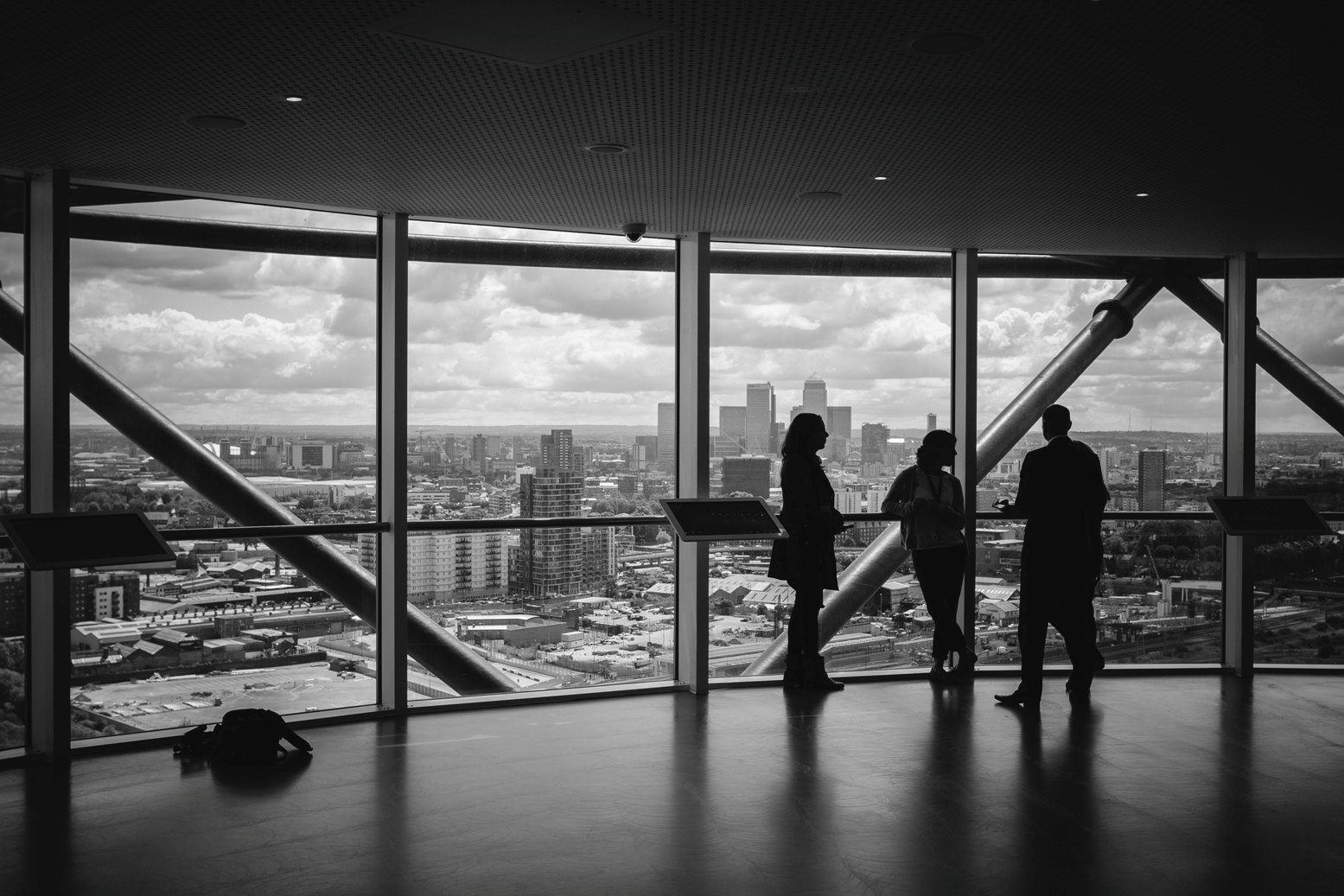 That means that even if women are not objectified at work, employees are still affected by objectifying media — and there’s plenty of that in ads and on television.

It’s each organization’s job to recognize and educate their employees about these social tendencies. It’s easy to tell ourselves and tell others that we don’t tolerate harassment, but these effects happen totally below the radar — to everyone, not just “bad people.” Plus, if we all have different ideas about what harassment means, as that second study indicated, our organization’s efforts are doomed to fall short.

The right approach to harassment prevention requires training that educates employees on these psychological and cultural factors. But it should also go one step further and address bystanders’ roles directly.

The EEOC’s 2016 recommendations on preventing harassment in the workplace specifically called for an approach that aims for full participation from everyone in the organization, not just the harasser and the harassed.

As we discussed in our post on the new EEOC recommendations when they were announced, improvements in ethical behavior won’t happen until “everyone recognizes the role they play in not simply behaving ethically, but in speaking up when they think something is amiss.”

A few university organizations have led the charge for individual participation in harassment prevention. Download this to learn more: How College Campuses Are Empowering Bystanders to Combat Sexual Assault
Click Here

That means that each individual employee, regardless of their role, from the highest earners to the newest hires, should see this issue as their personal responsibility. That won’t happen without accountability from the very top and training that emphasizes specific, tangible responses.

As we wrote in our post on Fixing Your Harassment Crisis, the biggest problem in most organizations’ approach to sexual harassment prevention is failing to recognize it as a vital operational issue.

If leaders see harassment initiatives simply as “necessary evils” to prevent lawsuits, the rest of the staff will sense that it’s not being taken seriously. Leaders need to shift from a compliance mindset and view improper behavior for what it truly is: a threat to overall business performance.

Leaders must be ready and willing to dole out consequences for people who violate codes of conduct or who don’t take the initiatives seriously. They need to encourage reporting of inappropriate behavior with a system that’s easy for employees to use. And they need to communicate regularly to all managers that this issue is of the utmost importance to the overall organization.

Otherwise, employees will never speak up. After all, livelihoods are at stake. People have bills to pay and family members depending on them, and they aren’t likely to risk those without assurance that they won’t be punished.

Once all employees understand that sexual harassment is a serious business issue that everyone should feel personally responsible for, they’ll need to learn and practice some specific tactics for responding to improper behavior.

Stefanie Johnson, professor at the Leeds School of Business at the University of Colorado Boulder, also emphasized the importance of teaching people HOW to intervene. Quoted in Marketplace, she says, “Part of the problem with the bystander effect is you don’t know if you should step in, but you also don’t know how to step in.”

Oftentimes, direct confrontations and accusations are far from necessary in the moment. Some of the tactics that organizations have instructed bystanders to use include the “Five Ds:” document, delegate, delay, distract and directly intervene.
[bctt tweet=”Passive learning simply doesn’t get the job done. Employees need practice in real-world scenarios.” username=””]

Employees should be given a chance to practice these tactics in a safe space before the time comes to use them. (At ELI, our training includes putting trainees in our “flight simulator” and letting them role play in real-world scenarios.)

However, key tactics for your organization will vary. Eradicating the attitudes that allow sexual harassment to thrive is less about specific words or tactics, and more about creating a culture where speaking up is encouraged.

If you want to learn more about how to create a civil culture at your organization, please contact us at ELI. Our award-winning team of trainers employs deep legal expertise and hands-on methods with the goal of long-lasting cultural change. We tailor our plans to individual business needs and price points.

How College Campuses Are Empowering Bystanders to Combat Sexual Assault

Several programs are taking a different approach to fight the bystander effect.
Subscribe to receive this extra resource.