How to Structure a Bias-Free Employee Advancement Process 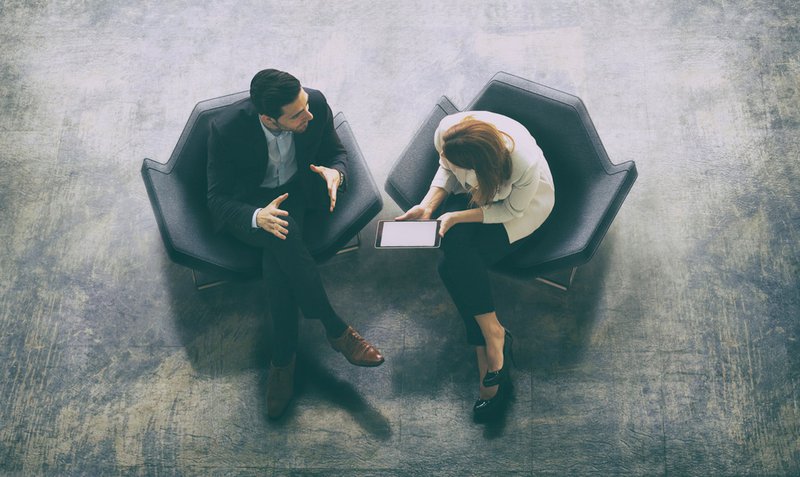 All humans are inherently biased. It’s part of how our brains are wired. We naturally make snap decisions about people based on things like past experiences, cultural backgrounds, or things we’ve seen on TV or in the news.

Hiring is one of the biggest places that unconscious bias shows up in the workplace (Related Post: How to Keep Unconscious Bias Out of the Hiring Process). It can result in the best job candidates being accidentally ignored, for example. It can also lead to a lack of diversity in the workforce — and teams lacking diversity tend to be less creative and agile.

However, the effects of unconscious bias certainly don’t stop when employees are hired. Unconscious bias can also keep the right people from ascending to deserved leadership positions. And it can make employees feel alienated and unhappy, which is a proven productivity killer with real financial consequences. And workplace bias against protected groups is illegal — even if it’s not being done on purpose.

Eradicating unconscious bias from a workplace takes a concerted effort, and starts with tactics like these.

Focus on Metrics Wherever Possible

It isn’t always feasible or even advisable to boil an employee’s performance down to numbers alone. But numbers can be very helpful in eliminating bias from decision making.

As this Harvard Business Review article explains, the more open-ended the criteria for success are, the more likely they are to be biased.

This is a big problem in annual reviews, in which supervisors often give “open box” responses to how employees are doing, choosing to describe the employee’s performance in their own words. Instead, they should be required to narrow down the criteria for success, and use an objective scale to measure performance “using agreed-upon processes and criteria that are consistently applied across all employees.”

To further remove bias, consider looking at metrics alone when making decisions about promotions, assignments, or other benefits. Being conscientious about using a documented procedure and not gut decisions can feel more fair for everyone, and it helps remove the possibility of bias.

Just as candidates for new positions can be anonymized, you can also anonymize internal candidates for promotion by removing their names and other identifying info. That way, the decision-maker (be it an individual or a committee) at least has a chance to try to make a decision based on data alone.

Make Decisions Based on Feedback from a Diverse Group

Whenever a single person has unilateral control over a decision about another employee’s career path, bias can thrive.

Instead of giving individuals the ability to rate employees’ performance or choose which employee is promoted, a diverse group of people should come to a consensus, if possible.

In an attempt to make the review process more fair and accurate, many companies have implemented so-called “360-degree feedback” procedures. Often with the help of software, they gather anonymous feedback from multiple employees, including the colleagues and supervisors of the employee being reviewed.

This process also has drawbacks, as we discuss in our bonus download. However, if carefully implemented under the right circumstances, a multi-rater review system can have significant benefits.

Stick to a Procedure for Internal Interviews

If your company conducts internal interviews before making a selection for a promotion, they should observe the same best practices for bias-free interviewing that apply to new hires.

Namely, they should clarify ahead of time what the objectives are for the position in question, and how they’re going to rate candidates. Then, they need to stick to an interview script.

As this Wall Street Journal article explains: “Interviewers naturally create a warmer or more casual climate for candidates they perceive as ‘in-group’ members—say, those who went to the same university or were in the same fraternity. This natural instinct to reach for common ground can advantage certain groups by making them feel at home. It also can unintentionally lead minority candidates or people who feel like outsiders to experience more stress.”

Sticking to the same list of questions for each job candidate can minimize the familiar banter and chit-chat that can give insiders an unfair advantage.

Analyze the Data to Look for Bias

Companies with larger workforces can get a lot of helpful insights from analyzing their performance evaluations and hiring decisions in more depth.

This Buffer article has a nice rundown of studies that found companies tended to use harsher language and more criticism for women’s performance reviews across the board than they did men’s, for example.

In another example, Facebook employs a team of analysts who examine evaluations for bias. As they explain it, “For instance, are words like ‘abrasive’ used more often to describe women—and how might that be affecting their assessments, their promotions, their pay?”

Of course, not every company can afford to hire a team of analysts for this job. But even assessing easy-to-measure things like gender equity at each level of leadership can be a simple way to track your progress.

And in some cases, just the knowledge of how biases tend to affect the way marginalized groups are treated can be enough to start to steer things back in the right direction.

Unconscious bias training is complex. Because many employees are completely unaware of how it works or that it’s happening at all, education must play a key role.

However, not all unconscious bias education is created equally.

It’s not enough to just understand what unconscious bias is. Participants in unconscious bias training should come away with clear takeaways about how to respond to it when they encounter it, or even recognize their own potential for it.

Ideally, they will even practice responding to this kind of bias or acting in unbiased ways with the help of a professional trainer.

Be Intentional About Inclusion and Equity

All of these tactics to fight bias have their place, and they can all be helpful.

But unless they’re rooted in a sincere desire on the part of organizational leaders to create an inclusive, fair workplace, they won’t be effective.

The emphasis on the importance of diversity on the organization’s bottom line has to come from the top. The entire staff must understand clearly that it’s a top priority, not just a compliance exercise.

If you want to work with us directly to eradicate unconscious bias from your hiring, advancement, and succession planning, please contact us. Our award-winning civility training works for organizations of all sizes and budgets.

360 degree feedback can backfire if it’s not planned carefully. Subscribe to receive this extra resource.