How to Spot (and Stop) a Potential “Super Harasser” 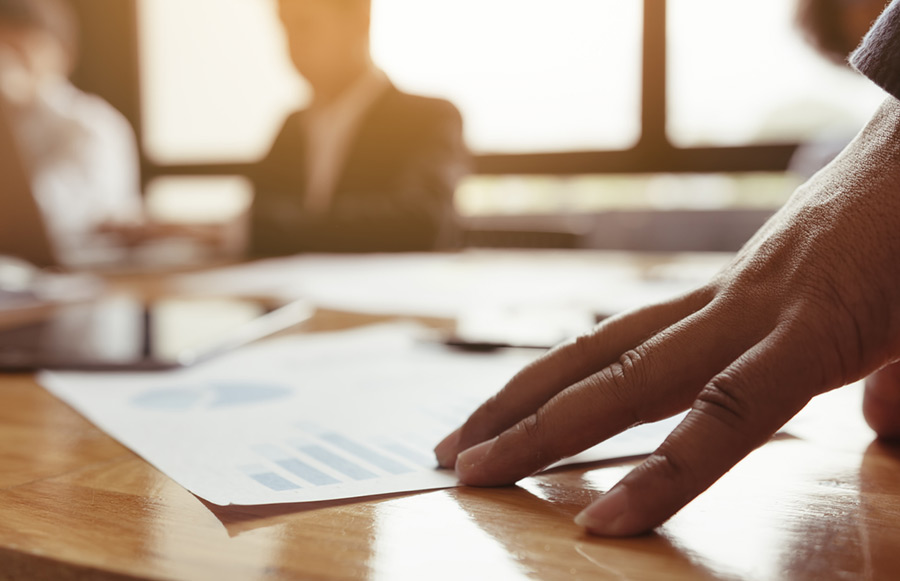 Over the past few years, we’ve watched the downfalls of seemingly untouchable powerful men who have abused their power to harass and intimidate the people around them.

As each one’s behavior was exposed, there was shock from the public and inevitable questions from the rest of us. How did they get away with it? Who knew about it? How was it allowed to continue?

The EEOC has used the term “super harasser” to describe “powerful individuals who act by their own standards.” ELI founder Stephen Paskoff calls these types of employees “big shots,” and others refer to them as “untouchables.” Whatever they’re called, the damage they cause is clear and significant.

In the wake of revelations of terrible behavior by high-profile employees and stakeholders elsewhere, HR leaders and CEOs may find themselves wondering how they can prevent similar problems in their own organizations.

The good news is that spotting a potential “super harasser” isn’t usually complicated. The more difficult task is summoning the integrity and consistency required to change their behavior.

Where Super Harassers Come From

The people who eventually become super harassers rarely start out with egregious behavior.

They test the waters with subtle offenses, then continue to push the limits of what they can get away with over time. Unfortunately, many of them find that as long as they continue to be a top performer and bring in a disproportionate amount of value to the company, their bad behavior will be ignored or even tolerated.

Managers and employees at all levels may be afraid of holding these employees accountable. The perceived financial hit that could result if they left the company can be intimidating.

That’s why as shocking as super harassers’ behavior may be to the outside world, it rarely comes as a complete surprise to those who have worked in close proximity the people in question.

In fact, when it comes to identifying the culprits of harassment at work, we like to tell our clients that “someone always knows.”

It’s just a question of whether the people with the knowledge feel there’s any real benefit in coming forward. They may have well-justified fears that they won’t be taken seriously, that nothing will actually be done about the issue, or that their career will actually suffer if they say anything.

If you create an environment where it’s clear that the rules apply to everyone, and where people are encouraged to bring forward all of their concerns, super harassers cannot thrive.

However, it never hurts to take a hard look at your star performers’ behavior. Any time an employee is considered so essential to the bottom line that they get special treatment, a super harasser can grow. Click To Tweet

If you already have people on your staff who are starting to feel invincible in regards to the way they treat others, they’ll need to be brought back down to earth before they do any more damage.

Leaders need to state often and in plain terms that all employees, regardless of their role or status, are expected to adhere to company values. Leaders must also exemplify value-driven behavior with their own actions to back up their words.

However, “big shots” who are used to getting their way will resist any insistence that they change their behavior.

Here are a few of the most common excuses they tend to give.

“My behavior isn’t that bad.”

When big shots are confronted about their behavior, their initial response is often to try to minimize it.

They may compare themselves to others at their level of influence, saying they’re just doing what others are doing. They may also blame others for being too sensitive or “politically correct.”

Don’t miss: 4 Actual Phrases That Will Get Through to “Big Shots”
Click Here

The best strategy to counter these excuses is to get clear and specific about the kinds of actions they’re trying to rationalize as acceptable. Ask if they think it’s fine to act against company values simply because others are doing it, or because they easily got away with it in the past.

“This behavior is an essential part of my process.”

Some top performers may be willing to admit that their behavior can cause problems, but they’ll claim it’s a crucial part of how they get their work done — and imply that it’s a small price to pay for the large value they deliver.

They might claim that they’re “relieving stress” with their outbursts or inappropriate behavior. They’ll remind you that they’ve always behaved this way, that it’s how they get their work done well, or that it’s “just the way they are.”

To respond to these excuses, a strong leader will emphasize that the best experts are willing to adapt and learn to stay at the top of their field to learn new skills. Even if they haven’t used the skills of respectful listening and apologizing in the past, these skills are necessary now — and they need to learn them just as they’d learn a new technology or specialized technical skill. Point out to employees that their colleagues are perfectly capable of getting the job done well while also treating their colleagues with respect.

“Big shots” won’t necessarily use those exact words, but they may be under the impression that their importance prevents them from taking any personal responsibility.

They may balk that no one will take their accusers seriously, saying things like “It’s their word against mine.” They may also assume that if they enlist enough specialized legal help, they’ll be able to make it all disappear.

In response, leaders should make the potential consequences feel a little more real.

No one loves being the target of a lawsuit, especially one that involves sexual harassment. Remind them of how legal damages can reach into the millions of dollars, that their spouses will be involved (potentially as witnesses), that a potential lawsuit will consume many hours and plenty of mental energy, and that there’s never a guarantee that they’ll win.

Making a Plan for Improvement

As we’ve seen, the perceived value that any single employee brings means little in the face of big legal settlements, lost sponsorships, and irreparable damage to an employer’s reputation.

Focus on these potential losses when you present the case for civility to employees.

They’ll be much more likely to respond to your concerns if you clarify that your interest isn’t to judge them morally, but to focus on a shared goal: business and career success.

The fact is that any organization is more likely to be successful when employees feel safe and welcomed in their workplace. Harassing behavior makes it impossible for them to feel safe and welcomed. It doesn’t just open up the possibility of lawsuits. It also has real business costs in the form of poor employee retention and lost productivity.

Once you’re on the same page about the need for civility, you can make a plan for them to improve.

Clarify the behavior you want them to change as clearly as you can. Find a way to measure the behavior, if possible. Then find ways to support these employees as they try to change for the better. Change is difficult, and they’ll need encouragement and reminders. Continue to hold them accountable for progress regularly.

If you want to learn more about how organizational leaders can handle seemingly “untouchable” employees and create a culture where super harassers can’t thrive, please contact us at ELI. Our award-winning training programs helping employers of all types create civil work environments where harassment, discrimination, and other bad behavior are not tolerated.

4 Actual Phrases That Will Get Through to "Big Shots”

How to make your point without pointing fingers