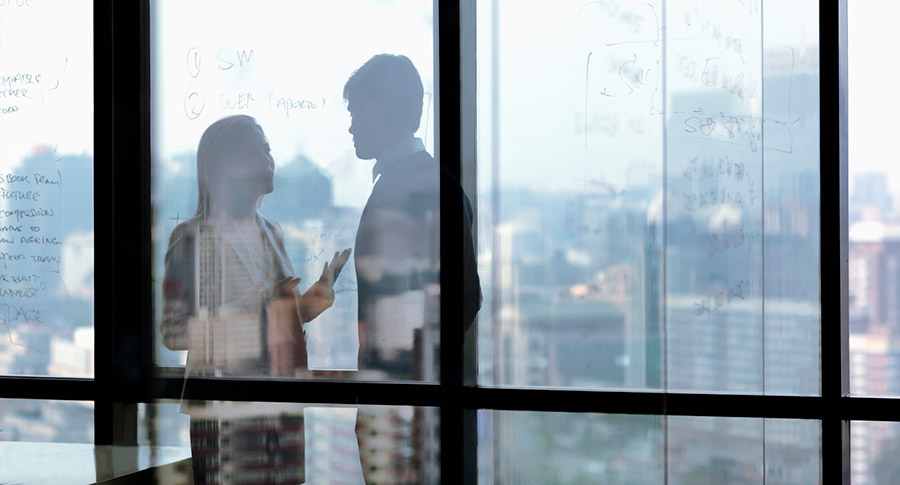 Any property owner knows that even a small leak in a pipe has the potential to do massive damage over time. Caught early, a leak won’t ruin much. Ignored long-term, it could cause the roof to cave in.

Headline-grabbing, egregious examples of bad behavior at work may seem like the equivalent of a burst water main. However, they’re usually the end result of less noticeable, long-term damage caused by legal behaviors. These behaviors, like rudeness and unfairness, steadily destabilize your organization one drip at a time.

Before they ever officially make it to the HR department, these behaviors have already distracted employees, sapped morale, and potentially boosted the turnover rate. If they do make it to HR, they’ve usually gotten much worse, requiring many costly hours of mediating and investigating on top of the damage that’s already been done.

Despite this, many companies choose to focus on preventing lawsuits instead of tackling widespread bad behaviors. By some estimates, these common behaviors are more costly: The cost linked to a culture that tolerates things like rudeness, bullying and unfair behavior can be up to $16 Million for a Fortune 500 company.

As the political climate becomes increasingly volatile and social tools let colleagues communicate and broadcast their thoughts 24/7, these common uncivil behaviors have found new ways to manifest and spread.

Consider whether these most common examples of bad workplace behavior are corrupting your workplace:

If egregious and illegal behaviors are at the top of the uncivil behavior pyramid, rudeness belongs on the bottom as the most common. After all, each of us has worked with someone who tends to be crotchety, moody, grumpy or even volatile.

Rude behavior may be considered part of a normal workplace, but it shouldn’t be. It’s too damaging to ignore.

We cited some interesting studies on how it hurts productivity in our more in-depth article on rudeness at work. A survey of 800 managers and employees surveyed found that 47 percent of those who were treated poorly decreased their time at work. In fact, 38 percent admitted deliberately decreasing the quality of their work. Many others (66 percent) cited declining performance, and reported less commitment to their organization (78 percent).

When employees are rude, their colleagues waste mental energy trying to avoid interacting with them, or worrying about what will happen when they do have to interact. Plus, studies found that rudeness damaged creativity and willingness to collaborate for all employees exposed to the rudeness, not just those who were being targeted.

The next rung up in the pyramid of incivility is unfairness. Examples of unfair behaviors include playing favorites, enforcing consequences inconsistently, and letting gossip run unabated throughout the office.

Unfair behavior gives employees little incentive to do their best work. If they feel targeted, or feel that they can’t reasonably control their chances of advancement, demoralizing effects can be widespread.

Besides killing productivity and making it hard for teams to work together, unfair behavior certainly paves the way for even worse behaviors, like harassment.

There are plenty of ways to make employees feel uncomfortable and excluded that are a far cry from flinging racial epithets or making direct sexual advances. These behaviors can fly under the radar much more easily, but they almost always precede more extreme forms of harassment.

As we detailed in our post on types of subtle harassment in the workplace, these behaviors may include things like making clueless jokes that rely on stereotypes, regularly listening to a radio host that is known for holding unwelcoming viewpoints toward certain groups of people, or consistently invading a colleague’s personal space.

Although it would be difficult for a few random instances of this type of harassment to result in a lawsuit, patterns or even single instances can certainly provide evidence of a hostile workplace environment.

Disruptive behaviors like outbursts, explosive anger, biting or sarcastic comments, and harsh criticism are extremely damaging to a workplace. Generally, employees know they can’t get away with this kind of behavior in the office.

Unfortunately, these behaviors are often tolerated by people who are considered star performers. The disruptive behavior is often passed off as being a result of perfectionism or simply because they care about the work so much.

I’ve written plenty of posts on this behavior. The damage it causes lasts much longer than the length of the initial outburst. And when it’s tolerated by highly-paid individuals, it sends the message that the rules don’t apply to everyone.

And now for the most extreme version of bad office behavior, and one that is unfortunately far too common: bullying. Bullying is a form of abusive and demeaning workplace conduct in which a person is targeted over an extended period of time.

As I mentioned in my post on workplace bullying, bullying can consist of a pattern of derogatory words, dismissive tones of voice or body language, or even a consistent failure to listen or welcome issues. Unlike constructive criticism, bullying gradually undermines an employee’s self-esteem and damages their performance at work.

Workplace bullying is not illegal yet (although there are efforts underway to make it illegal in several states). However, bullying is especially likely to lead to illegal conduct and even workplace violence. And although this behavior often happens in-person and on-site at work, it often extends outside of the office via phone and even social media. The best employers step up to take responsibility for preventing bullying by coworkers both at work and outside of it.

First, it fails to recognize that the issues of civility and compliance are directly and intimately related. Second, multiple separate initiatives tend to confuse workers and dilute the power of each initiative.

As we mentioned in several years ago in this post, we should think of civility as an umbrella of positive behaviors linked to organizational values.

Trying to focus solely on preventing illegal behavior at work is like trying to stop water damage by catching drips in a bucket. To help prevent both major damages and the minor ones that add up over time, it’s better to fix the underlying problems. In terms of your workplace, that means holding each employee accountable for their role creating a civil workplace. That standard needs to apply to every employee and to every bad behavior, whether or not it’s technically illegal.
Ignoring common workplace misbehavior to avoid lawsuits is like using a bucket to stop a leak. Click To Tweet

If you want to know more about where to start and how to make this happen for your organization, we invite you to work with us at ELI. We have an award-winning process and a team that boasts both deep legal expertise and years of experience helping organizations make long-term cultural changes.

You can’t afford to let rudeness, unfairness, harassment, disruptive behavior and bullying undermine your company culture. Click here to request a quote, or fill out this contact form to get in touch with us if you have any questions.