Should We Ban Political Talk from the Workplace? 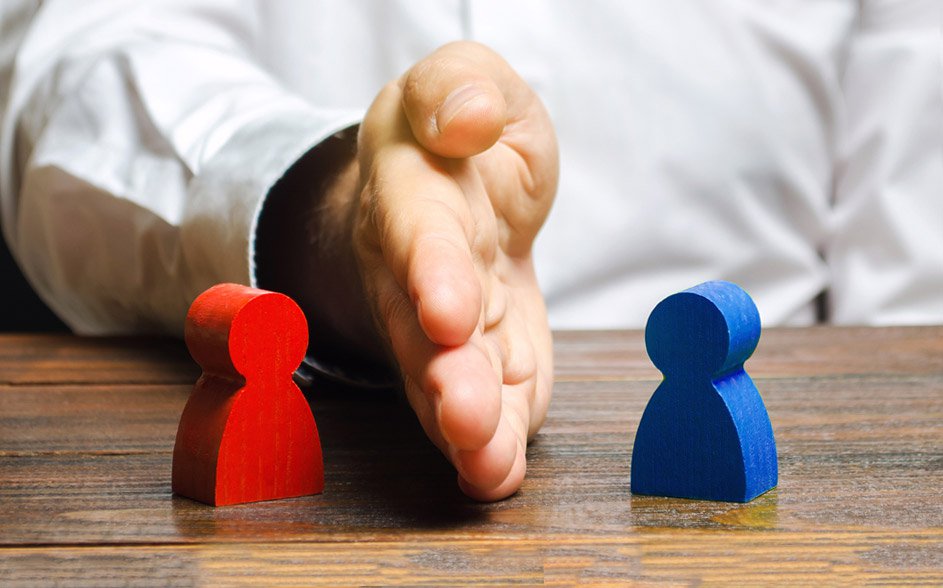 In a world where politics and social issues dominate the news, it should be expected that sensitive topics will filter into discussions at the workplace. The polarization and divisiveness within the current culture present a unique challenge for employers.

Discussing these issues in the workplace risks causing division and hurting productivity, but what can an employer do to address the problem? Is it as simple as banning political discussions at work or are there other ways to handle these conversations?

Stephen Paskoff, ELI President, and CEO, recently appeared on the Shaping Opinion Podcast with Tim O’Brien to discuss this topic and offer his insight on the issues facing employers.

A survey conducted by SHRM found that 56% of employees said the discussion of politics has become more common in the workplace, and over 42% of employees had experienced a political disagreement at work.

Employers should expect conflicts related to social and political issues to increase in frequency. That means it’s more important than ever to have a strategy and some basic ideas for minimizing the risks of severe or long-lasting relationship conflict damage among coworkers.

Two weeks after the memo, over a third of Basecamp employees had resigned in protest, and thousands of customers had canceled their service with the company.

For private employers, having no rules around workplace speech is not a wise option and may carry with it its own risks, but if employers cannot ban discussions around politics, then what can they do to address the fallout that comes from these conflicts?

Developing a culture of civility is key to disarming the divisions that arise from political discussions. Additionally, having common sense practices to guide conversations is an intelligent way to equip employees.

There are several ways you can manage political discussions in the workplace without having to ban them outright, including:

If an employee wants to discuss politics or social issues, they should consider asking coworkers if it’s a topic they’re comfortable discussing. Not everyone wants to talk about sensitive topics, and before starting a discussion, it should be acceptable to ask if the other party is willing to speak. If the other party communicates that they would prefer not to discuss the topic, the problems can be avoided before they begin. There’s no reason to continue the conversation which is not work-related if the other party is not interested.

Empower Employees to Stop a Conversation

It’s also just as important for employees to be comfortable stopping a conversation without fear of the repercussions or ramifications. Simply put, if an employee feels uncomfortable during a discussion about a social issue or political topic, they should know they can say, “I would rather not discuss these topics at work and hope you respect my decision.” This simple change is groundbreaking for most companies. Too often, employees are not empowered – and encouraged – to say those words, and the result is hurt feelings and, potentially, lasting workplace strife.

While both examples are common-sense solutions, it’s essential to know that creating the change will require more than a policy. After all, most companies have policies and guidelines that ban harassment and discrimination. And yet, these practices happen every day in almost every company.

Having a policy outlining how to handle political talk in the workplace will not solve the problem. A cultural shift is needed, and this must be lived out and reinforced by leadership.

While a company cannot tell an employee what to think, they do have the right to set expectations around workplace behavior.

For example, imagine an industrial environment where the work conditions require a hardhat at all times while on the job site. An employee may not like wearing the hardhat, but the employer is not asking them to like it – they are asking them to do it. It’s the behavior that is being mandated – not the attitude.

When social or political issues cause division within the workplace, they become business concerns that can quickly affect the bottom line. Having specific behavioral standards for civility that build workplace communication is necessary to create a safe environment for all employees.

Building a Culture of Civility

Employers will continue to deal with social and political issues at work. It’s guaranteed. What’s important is to build a culture that champions civility. At ELI, we call this a Civil Treatment Workplace.

While you cannot tell employees what to say or think, you can set expectations for their behavior. As an example, having a culture where an offended party can pause a politically focused conversation, explain how they are feeling, and then move forward, is vital to creating a workplace that can thrive in this charged environment.