What Does it Mean to be an “Ally” at Work? 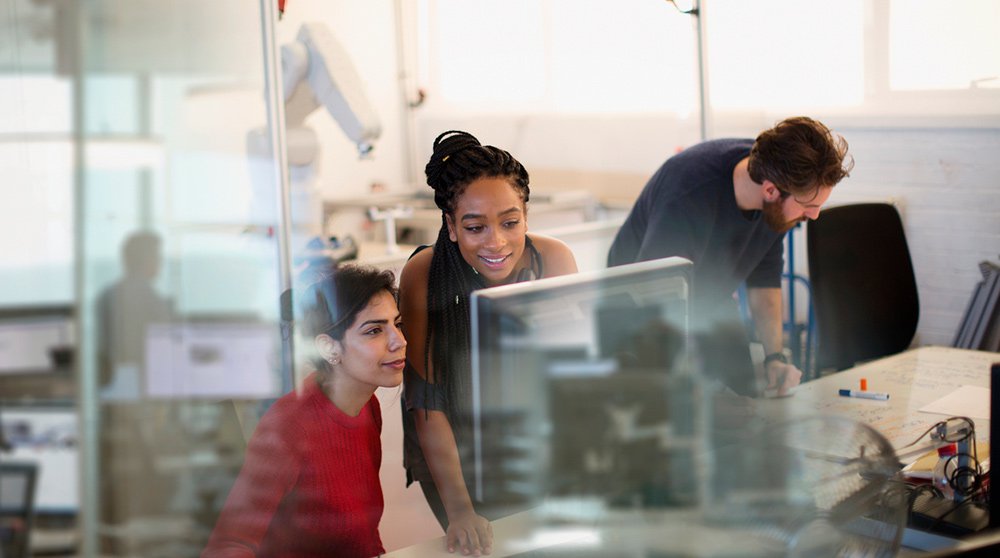 We all know that a welcoming workplace culture is crucial for operational success — not just for avoiding lawsuits and fines, but for optimizing employee productivity and retaining the best people.

When employees are all given equal opportunities to succeed and contribute, your workforce will be more likely to meet its goals.

To encourage a culture of civility, employers can use a number of tactics. They can change official practices and protocols to be more inclusive, for one, and educate their workforce about the importance of welcoming and appreciating everyone. Training employees to listen and apologize effectively is also a crucial step.

But sometimes those efforts still aren’t enough to keep certain employees from being marginalized or feeling excluded.

Workplace culture cannot change overnight. And even if your workplace is generally inclusive, employees may still be marginalized within their industries at large (outside of the workplace), which can still hurt their career growth.

Real progress requires individuals deciding that they, personally, want to do something to fight back against discrimination. It takes people who want to move from their seat in the audience to take a leading role in the effort for civility.

Download the 6 Ways to Make Civility Rule eBook and gain insight to help your organization adapt. 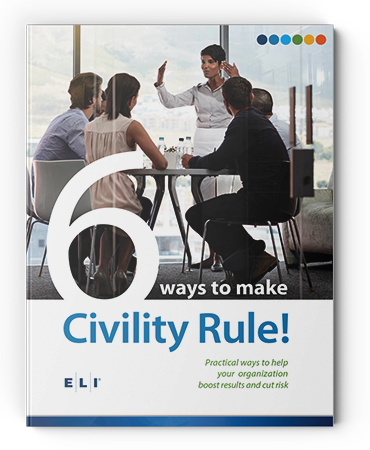 “Workplace allies” are people who are willing to personally align themselves with colleagues to make sure they’re heard and included.

When most employees are confronted with the problems of discrimination, harassment, and other bad behavior at work, they assume that their job is limited to their own behavior. Allies take it a step further and see it as their responsibility to keep these behaviors from happening to anyone.

However, true allies don’t just rush in to be the hero in individual cases. Intead, they work for systemic change.

Quoted in SHRM, she identifies the difference between an “ally” and what she calls a “knight” — someone who “rushes in to ‘save’ a woman—or anyone in an underrepresented group—as if that person is weak or helpless.”

She shared the following scenario with SHRM:

A member of a hiring committee discussing an employee of color says the candidate is not a good fit. A knight might speak up for the candidate and offer to assist him or her if that person is hired. An ally would suggest evaluating the hiring criteria to make sure it’s objective before discounting a candidate.

Being an ally isn’t limited to members of minority groups, either. Even people in other underrepresented groups or who feel marginalized in other ways can be allies for their colleagues.

How Allies Can Advocate for Others in the Workplace

Being an ally doesn’t require grand gestures or intensive work. It just requires attention to the issues and lending an occasional helping hand in some of the following ways.

As we wrote in our post 4 Meeting Tactics That Encourage ALL Employees to Contribute, ideas from certain groups, notably women, tend to be dismissed at a greater rate.

To make sure that all employees are heard, allies can adopt some of the meeting / contribution tactics we discussed in the article, such as implementing a “no interruptions” rule or creating a system to give employees credit for ideas as they come up.

They can also call upon marginalized employees directly, or simply mention valuable contributions that they made so that the rest of the staff is aware of their value as a team member.

Managers or company leaders who have extensive industry connections have special power to make introductions or suggestions that can benefit deserving employees would have otherwise stayed marginalized.

In an excerpt of her book published on The Muse, Catlin cites the example of how tech industry titan Bill Campbell advocated for Susan Wojcicki, CEO of YouTube, to attend an important conference whose attendees were exclusively men. In an article for Vanity Fair, she wrote:

“I learned about an important invitation-only conference convening most of the top leaders in tech and media, yet my name was left off the guest list. Many of the invitees were my peers, meaning that YouTube wouldn’t be represented while deals were cut and plans were made. I started to question whether I even belonged at the conference. But rather than let it go, I turned to Bill, someone I knew had a lot of influence and could help fix the situation. He immediately recognized I had a rightful place at the event and within a day he worked his magic and I received my invitation.” 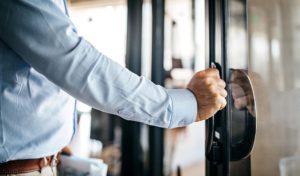 There are plenty of benefits to staying in touch with what your employees are thinking and feeling. When managers are easily accessible to the people 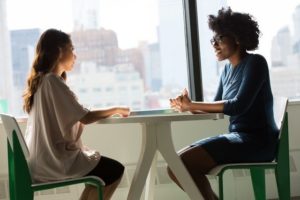 Creating a Healthy Workplace Culture: 5 Tips For Company Leaders to Get it Right

Every single employee in a workplace has a role to play in creating a healthy, welcoming, civil environment. However, it’s undeniable that senior company leaders

In our post on the role of the bystander in sexual harassment, we explained the importance of each employee taking personal responsibility to put a stop to behavior such as discrimination and harassment.

Allies can use tactics such as the “Five Ds:” document, delegate, delay, distract and directly intervene when they see inappropriate behavior.

But in most workplaces, microaggressions (those subtle and even well-intentioned remarks that bely prejudice) tend to be much more common.

Allies can help here, too, by endeavoring to point out the unfairness in microaggressive remarks that they overhear in the workplace as they come up.

Listen with respect, understanding, and a willingness to learn.

At ELI, we often talk about the powerful skills of listening and apologizing in a workplace context. Far from being a so-called “soft skills,” these communication skills are the only way to lay a strong foundation of civility.

They play an important role for allies, too. Workplace allies can help marginalized colleagues simply by listening to them attentively and empathetically.

It sounds simple, but it can be a big help just to give colleagues the benefit of the doubt. Taking interest in colleagues’ experiences and stories and listening to them without judgment can make them feel safe and welcome at work, even when they might be experiencing incivility elsewhere in the same office.

How to Encourage the Allies in Your Workplace

If you want more workplace allies in your own office, the first step should be to make sure that all of your employees understand the problems of harassment and discrimination — and why those problems matter to their own careers and to the success of the organization as a whole.

Then, employees need to learn more about which tools and tactics to use when they see unfair, discriminatory, or harassing behavior at work.

Ideally, they will even be able to practice using these tools and tactics in a safe training space.

If you’re interested in the kind of training that meets all of these requirements for your employees, check out ELI’s award-winning Civil Treatment training program.

Our training gets to the root of all bad workplace behavior (harassment, discrimination, bullying, etc.) by identifying the common factors that allow all of them to thrive. We specialize in customizing our training for employers’ unique needs and in making sure that employees get plenty of time to practice what they’ve learned, which can help maximize the training’s effectiveness.