4 Types of Workplace Bullies and How to Handle Them 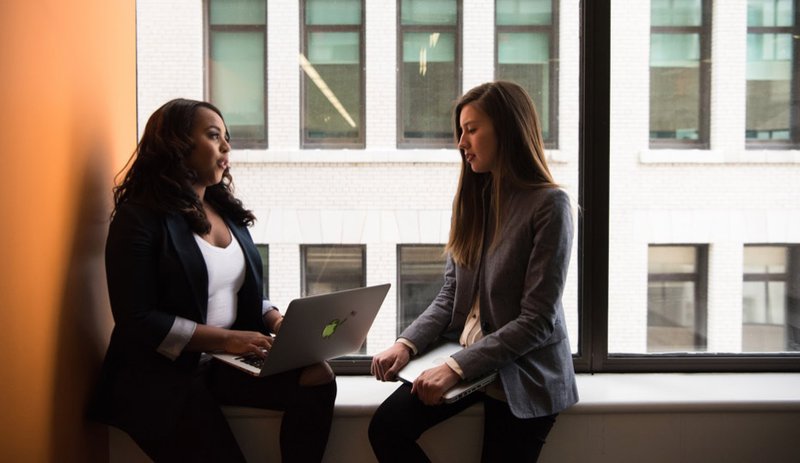 When you hear the word “bully,” what do you picture? A high-school jock stereotype, shoving a classmate into a locker, perhaps?

Now what about when you picture a “workplace bully?” Are you thinking of a loud and demanding man shouting during a meeting?

The truth is that a bully isn’t always loud or overtly aggressive. In fact, a bully isn’t even always a boss. Put simply, a bully is anyone who targets someone else with derogatory and abusive behavior over time, regardless of how or when that abuse happens.

In fact, some of the most damaging forms of bullying don’t require any type of yelling or physical intimidation at all. All bullying has the potential to cause severe and long-term problems — not just to the victim, but to the productivity of the entire workplace.

Although bullies don’t always fit neatly into a category, it’s helpful to be able to recognize common patterns of bullying behavior. Below, we break down four major types of bullies based on to their “favorite” abuse tactics and explain how you can handle each one.

This type of bully is the one most of us think about first for a reason: They’re the bullies who make it their business to be seen and heard by everyone. They’re loud and sometimes physically intimidating, refusing to respect personal space, property, and other boundaries.

Unlike other types of bullies, they don’t mind antagonizing their targets directly.

When things don’t go their way, it’s not unlikely for “Screamers” to fly into a rage. In doing so, they intimidate not just the immediate target(s) of their wrath, but everyone else in the office. Onlookers will quickly understand that they’d better not cross this bully, or they’ll get the same treatment.

Although these bullies can technically be found at any level of employment, this type of abuse typically comes from those in positions of power, particularly “big shots” who think the rules don’t apply to them. (Unfortunately, in many cases, they’re correct: This kind of bullying typically only thrives when big shots are not held accountable for their behavior because of the enormous value they bring to the organization in other ways).

If asked to answer for their behavior, these bullies tend to justify their actions by saying that they’re passionate about the work, that their behavior is harmless, or that it’s just part of the way they get results.

If you hope to get their behavior under control, you have to hold them to the same standards as everyone else.

For typical excuses from these big-shot-type bullies and info on how to shoot down each one, check out our post: How to Spot and Stop a Potential Super Harasser.

This type of bully tends to execute their abusive behavior more covertly, but that doesn’t make it any less damaging. Schemers may even come across as mostly pleasant to their target’s face, while undermining them at every turn behind their backs.

Their tactics include gossip, rumors (either spreading them or failing to correct false ones that are already spreading), and passive-aggressive behavior. The bullying may happen at work, but may also take place online or in social media. Schemers may be responsible for forming cliques that alienate outsiders.

If a Schemer is confronted, they may claim that any alienation or rumour-spreading was a mistake, an oversight, or done in complete innocence. It can be more difficult to detect and eliminate this kind of bullying than the more outright forms. However, it is possible to establish a workplace culture that refuses to tolerate negativity and unfairness.

Unfair and rude behavior hurts productivity, impairs teamwork, and is bad for the bottom line, regardless of what kind of work your organization does. All employees should understand that creating a fair workplace is a mission-critical issue, and not one that they can choose to ignore.

In some cases, it’s possible to be a bully while saying relatively little to your target, and interacting with them relatively infrequently.
This might sound impossible, but bullies in certain positions of power in the workplace can exert plenty of control over others even through a more indirect relationship.

Employees in charge of things like scheduling, training, budgets, event planning, and resource allotment, can have a significant impact on their colleagues’ work experience. They can make sure that their target never gets the resources they need, or always has a schedule that is stressful or even untenable. They can make sure that their targets are not invited to important events or conveniently forget to let them know about those events.

It’s also worth mentioning here that messages can be sent very clearly with pointed facial expressions, body language, and gestures without an overtly hostile word ever being spoken from this type of bully.

Confronted about their bad behavior, Freezers are likely to try to find legitimate, business-related excuses for their choices. So, a key to eliminating this kind of behavior is having leaders in place who have been properly trained in good listening. They should understand the damaging impact of this kind of bullying, then take any reports seriously and investigate them if necessary.

These bullies’ go-to tactic is harsh and unrelenting criticism. This can be one of the most damaging types of bullying, because the bully’s goal is to totally erode the target’s confidence and ability to do their job well.

It’s also easy for managers to hide this kind of bullying, because they can write it off as legitimate, and even keep records of employees’ transgressions to try to cover their tracks.

In some cases, it can be difficult to tell whether or not the critical behavior is actually bullying or simply harsh management. Generally, it’s bullying when certain employees are treated differently than others — when they’re always on the receiving end of harsh criticism, even as other colleagues get away with similar mistakes with much less harsh consequences. (That said, belittling behavior is also extremely harmful when it’s done in any context.)

Belittlers can be tough to ferret out in smaller operations where managers have little accountability or small teams (where discrepancies are harder to prove). But any workplace that gives employees the ability to report unfair or demeaning behavior — even when that behavior is coming from their supervisor — helps to pave the way for a welcoming work environment.

If employees get any sense that reporting bad behavior could backfire, they won’t do it.

Sometimes the biggest obstacle to getting employees to report behavior is creating an environment where they can feel comfortable doing it. If employees get any sense that reporting bad behavior could backfire, they won’t do it.

Bullying is an extreme version of unwelcoming workplace behavior. Bullies generally don’t start out with this egregious behavior right as they’re hired. They start with more subtle forms of bad behavior, such as rudeness, and then continue to push boundaries further and further over time.

The key to eliminating bullying along with the rest of the more subtle (yet still damaging) types of bad behavior at work is to make civility a central cultural value.
This is not exactly simple, and it doesn’t happen overnight.

It starts with some education and awareness of just how damaging these issues are to the organization’s mission. It continues with meaningful exercises and a chance to practice better behavior. It will require building systems and processes that encourage good behavior to thrive. And it absolutely requires buy-in from organizational leadership.

If you’re concerned about bullying in your workplace — or about behavior that could pave the way for bullying — please reach out to us at ELI. We would be happy to discuss how we can partner with you to find a civility training solution that fits your unique needs and budget.

The Financial Costs of Workplace Bullying

Stopping bullying is more than the right thing to do. It also makes good financial sense. Subscribe to receive this extra resource.