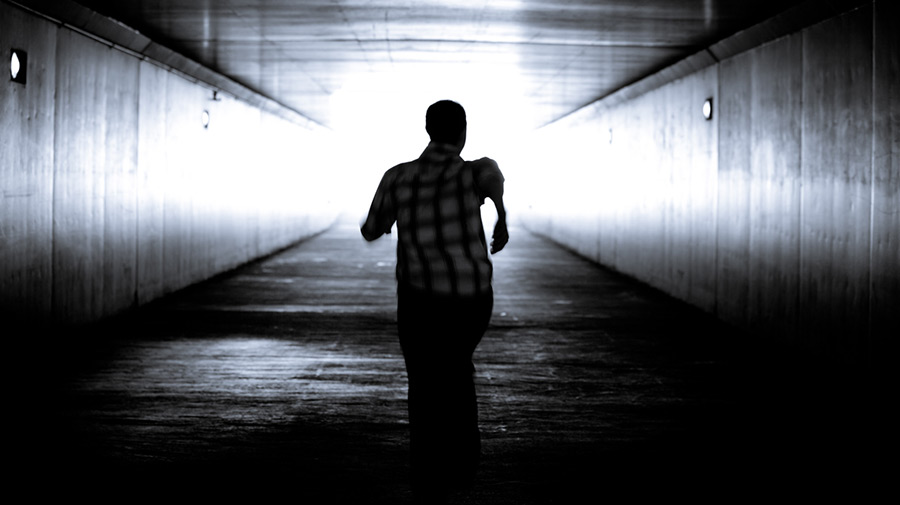 The current crisis facing Virginia Governor Ralph Northam is a reminder that none of us can outrun our past. No matter what he did or did not do three decades ago, his handling of the situation has made the situation worse and has called his credibility, character, and leadership into question.

I think most of us would admit that we had beliefs or engaged in behaviors in our youth or early adulthood that we now regret. Perhaps it was something we now consider ill-advised or realize was cruel; perhaps something we now perceive as morally repugnant.

Since time machines are not an option, anyone who is a leader—from business, politics, religion—must realize that their entire past is open for scrutiny. And they should have a strategy for how to handle situations when ghosts from their past come to light.

If it happens to you, above all realize that how you handle the situation will reflect your leadership ability and particularly your credibility. Here are four tips that will help you retain and perhaps even gain respect from your colleagues and the public.

1. Have your facts straight before you respond; don’t contradict yourself

One of the worst aspects of Northam’s story is that he changed his story—first admitting he was in a racist photo then saying he wasn’t. How can anyone trust what he says after that?

You must have a firm understanding what did and did not happen, and what you did and did not do. That goes no matter whether the mistake was a one-time event or a series of behaviors. If your memory is unclear, use whatever resources you have to try to determine the facts before you make a categorical statement that needs to be revoked.

I’ve worked with a number of leading surgeons, for example, who have learned the value of acknowledging when they made errors and offering apologies. Not only does this help everyone move past the incident, it also reduces the chance they will get sued.

Remember, the odds are increasing that people are going to find out what really happened, no matter when the events occurred. Northam’s questioned behavior was from 35 years ago, after all.

That’s why you must tell the truth no matter how painful or embarrassing. Admit what you did. One of the notable public figures who took this approach was actor Hugh Grant, who did not deny or try to explain away his use of a prostitute. “I just said, ‘I did it,’” he recalled in 2018.

Otherwise you will instantly lose credibility and integrity. And a leader who is not credible will soon not be a leader.

3. Don’t attempt to minimize or trivialize your behavior

We’ve all seen people who deal with embarrassing acts by trying to minimize them (“what I did wasn’t so bad”), shift the blame (“Yes, I was there but what happened wasn’t my fault…” or “others did the same thing”) or trivialize the impact (“Nobody was hurt”).

One of the worst things you can do is try to imply through your works or actions that your transgression was unimportant or did no harm. First, if a past mistake was truly unimportant, it wouldn’t be a hot topic today. Second, our behaviors have impact that we can never fully understand, so you don’t really know what impact it did or did not have.

Even if, in your set of beliefs, you think about your past behavior as trivial, of a blip in an otherwise spotless life, understand that it’s not your opinion that matters. You need to be attuned to those who have good reason to believe it does have impact today. If you lacked the understanding of the issue in the first place and may still now, talking to those affected first is critical.

4. Use your learning and growth as an example

If something embarrassing from your past makes the headlines—whether just in your company’s house grapevine or on CNN—use your growth as a human being and leader as an example for others.

Many years ago, for example, I knew an executive who took a very long time before realizing that treating everyone with respect, that creating a work environment imbued with civility, had a direct impact on the bottom line. He spoke of his change of mind and behavior often with employees, saying, “If I can change, you can too.” He became an influential force for positive change in his organization.

Most importantly, be clear in explaining why what you did is unacceptable (not just today, but at the time). A good example of the appropriate sentiment and language comes from pop star Justin Bieber, who several years ago needed to apologize for telling a racist joke on a 2011 video. He said, “As a kid, I didn’t understand the power of certain words and how they can hurt.”

Be specific about describing ways in which the person portrayed by the past behavior is not who you are now. Emphasize the positive standards of behavior that you now expect for both yourself and all members of your organization.

Displaying Who You Are Today

What’s really being tested in situations where past behaviors put you in a poor light is your integrity and your character today. Acknowledging your mistake and demonstrating how you’ve grown and how you are different are the only effective antidote to prior bad acts.

How we grow and change as leaders is a measure of our effectiveness, credibility, and legacy. There’s no better time than now to demonstrate that you have learned and grown beyond any mistakes you made in the past.