4 Meeting Tactics That Encourage ALL Employees to Contribute 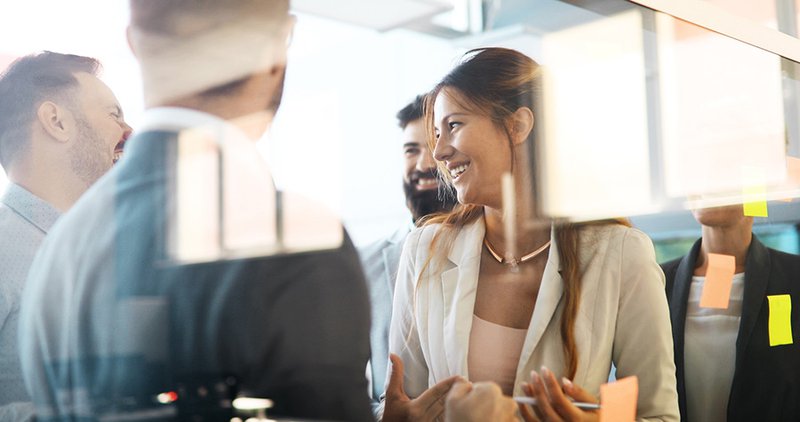 Employers spend a lot of time and energy trying to hire the best job candidates.

These costs can be well worth it if hires go on to make valuable contributions. Unfortunately, employers don’t always do a good enough job of paving the way for those contributions once employees are hired.

It’s common for certain employees to get ignored, dismissed, interrupted, or discredited in group settings. This sends a clear message to employees that trying to contribute isn’t worth it.

This is a huge missed ROI opportunity, but the potential losses don’t end there. If employees feel dismissed and neglected for long enough, they’ll look for opportunities elsewhere. Poor employee retention rates are expensive, and you may lose the best talent to competitors.

Complicating the issue is the fact that many managers sincerely believe they’re giving all employees the chance to speak up and be heard. Despite those intentions, studies show consistently that input from certain groups — notably from women — tends to be dismissed.

However, there are tactics managers can use to make sure that contributions from all employees are encouraged and valued, including the following.

Make a “No Interruptions” Rule

Studies consistently show that women are interrupted more frequently in meetings than men. Generally, men tend to interrupt women more than other men, and women interrupt others with much less frequency.

Glen Mazzara, well-known in the entertainment industry for running shows such as “The Walking Dead,” witnessed the problem firsthand with his own team of writers. The new female writers he had just hired for the show “Damien” pointedly asked him to watch what happened each time they pitched an idea during a writing session. When he started paying attention, he noticed that male writers would talk over them, try to steal their pitches, or change what they were saying each time.

In response to these observations, Mazzara instituted a “no interruptions” rule. In his writers’ rooms, writers must wait until the end of any prepared pitch to give their feedback.

Another example of the very different attitudes toward men and women interrupting comes from venture capitalist Carla Valdez. She relayed to in Inc. Magazine that at her venture capital firm, it was common for the men to interrupt each other. However, when she interrupted her colleagues, they would demand she let them finish.

In response, she implemented the use of a “talking stick” during meetings. Whoever is holding the talking stick gets to talk without interruption. It’s a clear way to show who has the floor at any given time.

Create a System for Documenting and Attributing Ideas

Another common problem that discourages people from sharing their ideas in meetings is the tendency of others to steal them or take credit for them. After all, there’s little incentive for employees to contribute if they think their contribution will never get recognized.

This is another phenomenon that seems to disproportionately affect women. In fact, the term “hepeating” was coined recently thanks to a viral tweet that described the anecdotally common experience of a man taking credit for a woman’s idea.

One tactic to eliminate “hepeating” is to keep careful meeting notes and put a solid system in place for their review and storage.

Good recordkeeping for meetings has plenty of benefits outside of employee equity. Official meeting minutes might be a legal requirement for your organization, depending on its legal structure and the state where it was incorporated.

Meeting minutes can also be really helpful in potential legal cases. But having a permanent record of what was discussed in each meeting also has other practical benefits. For example, it can help employees retrace their steps, remember who is responsible for which tasks, and track when those tasks need to be completed.

Another tactic often used to make sure that the true originator of an idea gets their due credit is a technique that has come to be known as “amplification.” This Washington Post article describes how it emerged in high levels of government:

“When a woman made a key point, other women would repeat it, giving credit to its author. This forced the men in the room to recognize the contribution — and denied them the chance to claim the idea as their own.”

Verbally crediting the ideas as they’re presented is a great way to make people feel heard and recognize their contributions, regardless of who is making them.

The hurdles for women in getting equal treatment at work don’t end when they speak up. They also tend to get less credit for their ideas when they do choose to speak up during meetings.

As this Harvard Business Review piece sums up, women tend not to get credit for suggesting solutions and ideas the way men do.

Awareness of this discrepancy is certainly a good first step. But countering this effect may require getting more proactive. Although it might seem counterintuitive to give any specific group extra attention, that may indeed be the simplest solution to counteract this problem, as the HBR article notes:

“One way to address this challenge would be for managers to amplify women’s ideas by intentionally giving extra attention to their suggestions. After all, if our natural tendency is to give less recognition to women’s ideas, then we will need to make an extra effort to overcome this bias.”

Although this effect has been shown to specifically affect women, they likely aren’t the only group that can benefit from these kinds of tactics. It stands to reason that managers should make themselves aware of any number of ways that employees might be being ignored or dismissed (such as race, age, working style, experience level, or department, to name a few potential factors) and make an effort to correct them.

Of course, managers don’t have to wait for overlooked employees to speak up or wait for their colleagues to “amplify” messages on their behalf.

They can simply ask employees directly what they think during meetings and take careful note of all responses.

If managers are expected to be proactively soliciting feedback from all employees, they’ll need a deeper understanding of the importance of issues like equality and discrimination at work. They can get that understanding with the help of a high quality workplace civility training program, such as the ones we offer at ELI.

Finally, consider that feedback from employees who may be hesitant to speak up in a large group doesn’t even have to come in a meeting. It can be solicited in a casual conversation or during a smaller, breakout group session. It doesn’t matter where the feedback is collected as long as all employees feel heard and get a chance to make their point.

Sometimes large, in-person meetings aren’t the best way to get input from a group.